“Slim4 also staved off the threat of the company outgrowing its warehouse space.” 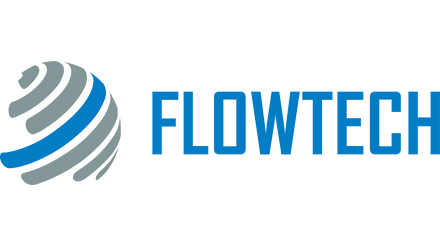 Flowtech is the “Premier” catalog provider for Fluid Power and Industrial products within the UK and the Republic of Ireland. Their business philosophy is that they want to be “Number 1 for Service”. Due to continuous growth, it became difficult to determine the optimum balance between working capital and service levels. In addition, their existing systems were very manual in nature, which resulted in large numbers of man-hours being spent on optimizing stock, with substantial potential for error.

Flowtech System and Distribution Director Keith Greenwood and Merchandising Director, Kevin McMullen, were keen to optimize inventory while maintaining the high service levels that are synonymous with the Flowtech brand. The company offers an ‘order by 10 pm for next day delivery service, meaning that stock management is critical. With well over 25,000 articles always in stock, 100,000 on the database, and access to well over 1,000,000 from its supplier base, Flowtech sells exclusively through distributors, its industry-leading catalog, and online. It was this proliferation in the range, together with a desire to remain ‘Number 1 for Service’, which meant a move away from manual planning was required.

Kevin and his team made the decision to implement Slim4 just as the economic downturn was taking effect; Kevin stated, “it not only resulted in survival and enhancement of our market-share but also had the knock-on effect of freeing-up management time to look at achieving efficiencies across the business. On top of that, we have implemented some ambitious growth plans that would otherwise still be on the drawing board.”

The main goal for the implementation of Slim4 was to optimize stock without negatively impacting service levels. “Pre Slim4, stock availability on the first pick was high, and that’s not materially changed. What has changed is that we now have a much calmer ordering process, which in turn has freed up time to look at ways of further improving the efficiency of the merchandising department.”

The increase in efficiency is also commented on by Gareth Ellis, Senior Merchandising Manager, who says “it has hugely reduced the man-hours spent on stock reporting and ordering tasks.”

In addition to optimizing stock, Keith also identified an additional benefit: “Another major effect is that it staved off the threat of the company outgrowing its 100,000 sq ft warehouse space. The product range is growing at a rate of 7,000 a year and we estimated we were eighteen months away from our warehouse being at full capacity. What Slim4 has done is allow us to manage our space more efficiently. We now have more articles, but the space is better managed, and we’ve even found ourselves creating new fallow space.”

“In short” says Keith, “the addition of Slim4 has been a great investment that has given the company accountability and the confidence to go ahead and buy to a reduced stock level, without customers seeing our ability to supply being in any way diminished.”