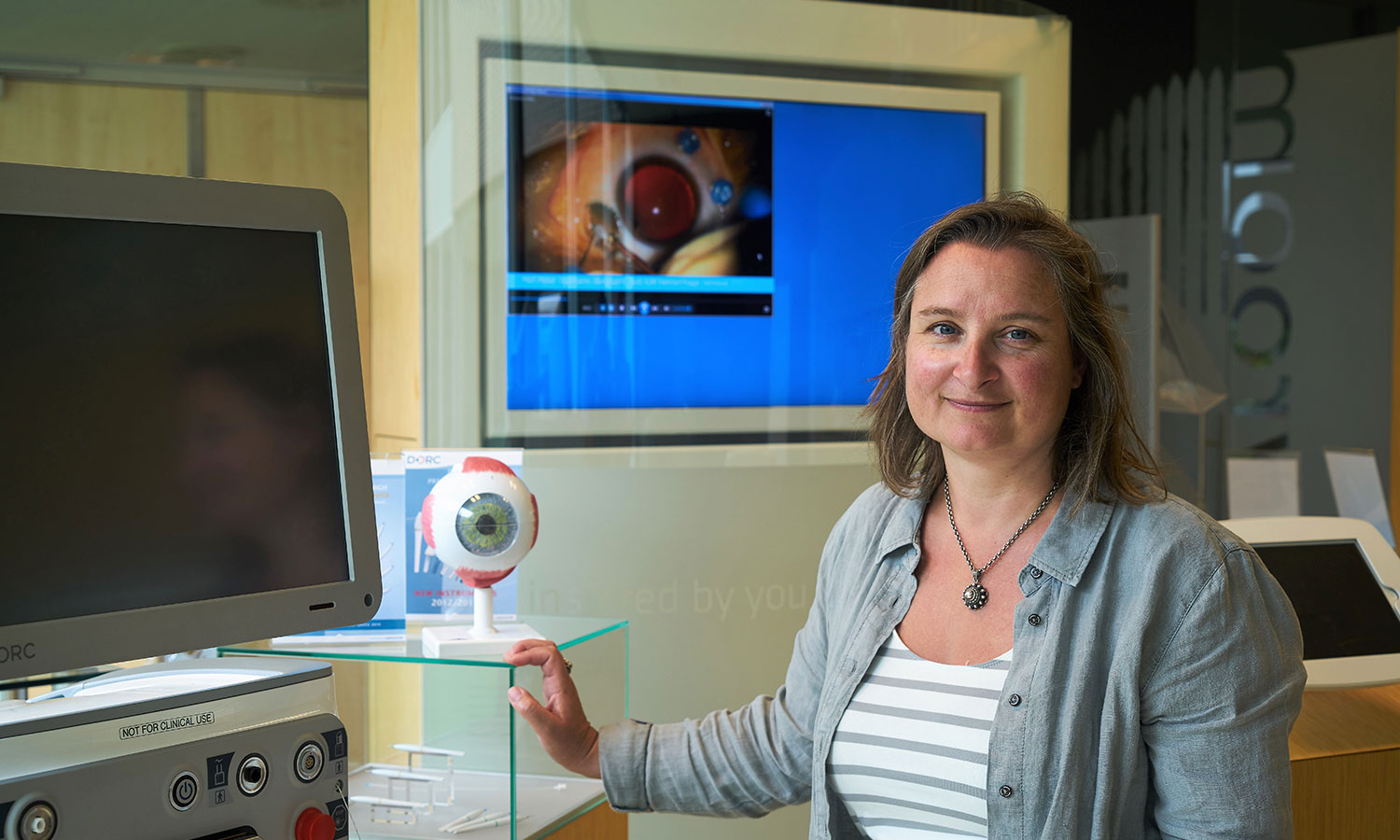 “Within just one year, the stock level had to be reduced by at least € 1 million and we had already increased the OTIF rate by 12%. The whole demand planning process is far less time-consuming. Therefore, we can do significantly more work with fewer FTEs.”

As a manufacturer of equipment and disposables for eye surgery, DORC has built a reputation for its quality and speed to market. Committed to providing customers with the best possible level of service, the business has set itself the goal of delivering all orders from stock within one day.

With turnover growing at an average rate of 15% each year, the ophthalmic specialist has succeeded in achieving a healthier inventory position with Slim4. Furthermore, the OTIF has increased by 12% while the number of backorders fell by as much as 80% in just a few months.

Service and customer focus are of paramount importance at DORC. For example, as one of the largest developers of surgical equipment and disposables for eye operations, the businesses work in close collaboration with a number of expert ophthalmologists. The manufacturer also works closely with customers to provide bespoke solutions and orders that are assembled and packaged in accordance with their customer’s exacting requirements. However, as a consequence, this adds a huge amount of complexity to the inventory management process.

With an average annual growth rate of 15%, DORC also suffered from a number of supply issues. “There were too many parts and too few finished items in stock. The number of back orders was also increasing rapidly,” explains Angelique van Geest, Supply Chain Planner at DORC. The decision to implement Slim4 was therefore made to change this.

“Within just one year the stock level had to be reduced by at least € 1 million”, continues Van Geest. Thanks to Slimstock’s inventory optimisation solution, the business’ inventory position is now far healthier. While the inventory value increased initially, this was a strategic decision which was offset by a 16% reduction in excess inventory achieved through reviewing the non-stocked items.

“Given that we now place a far greater focus on maximising our On-Time-In-Full (OTIF) rate, whereby we aim to deliver customer orders from stock within one day, it is not possible to escape a small increase in inventory.”

The target for the OTIF rate is set at 90% for the entire range. “In the first few months, we had already increased the OTIF rate by 12%. I am therefore convinced that we will have achieved our target by the end of the year,” explains Van Geest.

With Slim4, the supply chain planning team have also benefitted from simplifying their inventory processes. “Given that we now focus on exceptions, the whole process is far less time-consuming as we can intervene earlier. Ultimately, we can do significantly more work with fewer FTEs.”

DORC switched from a weekly planning process to a daily planning system, allowing the planning team to focus more attention to the direct, non-stock-holding markets. Furthermore, the team are increasingly working with transaction data which in turn has helped the DORC to make significant improvements in their approach to demand planning.

“Without Slim4, we would never have achieved these results,” states Van Geest, who is also very enthusiastic about the implementation process: “The implementation of Slim4 went according to plan and within budget.

With the support of one of Slimstock’s Young Professionals, our team quickly became accustomed to the new processes. Furthermore, Slimstock have continued to offer support, even after the solution was implemented.”

With help from Slimstock’s team of Young Professionals, Van Geest now hopes to set up the holiday planner in Slim4 in order to enable her team to better prepare for supplier holiday periods and thus unlock further service level improvements.