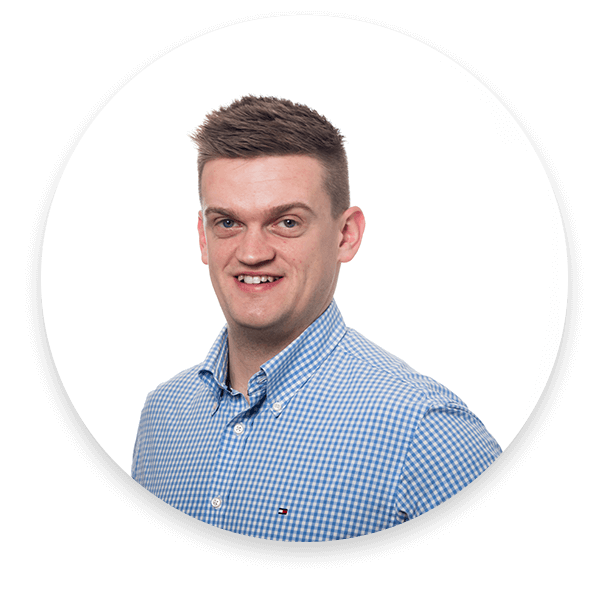 No matter what business you are in, there is always a need for future estimates in order to plan. It may be critical to take a closer examination of how precision and accuracy of a forecasting strategy affect other parts of your planning process. This perspective reveals observations of how different forecasting strategies affect simulated safety inventory levels and replenishment. By examining how your own planning system responds to similar tests, you might expose some deficiencies that are limiting your ability to meet inventory objectives.

In most areas of business, the forecast carries a common expectation concerning revenue growth. It’s easy to see why precision is relevant in such case. For the purpose of supply planning, the need for absolute precision may be slightly divergent.

The critical difference for supply planning is that a forecast serves as one of several inputs for making decisions like how much to make or buy. Additional inputs like lot sizes, safety inventory, and lead time, help to stabilize and buffer supply plans against rapid changes caused by fluctuating customer demands. Without these additional inputs, manufacturing may experience significant challenges in meeting customer expectations on time. Trying to match supply with demand may result in operating less efficiently if a company lacks the flexibility to respond rapidly.

Of these additional inputs, safety inventory is the most conveniently manageable. To overcome the challenge of not being able to exactly match supply with the rate, magnitude, and timing of demand, companies will often “decouple” or “buffer” the relationship between demand and supply with safety stock. Safety inventory is used to minimize the knee-jerking effect that might otherwise result when sales and lead-times are inconsistent. However, a key assumption is that the more accurate you are able to predict sales, the less safety inventory you require. When you put this assumption to the test, you may discover surprising results. In our dataset, we found that a forecast model that systematically chases demand may actually produce a more nervous demand signal and potentially higher safety inventory.

The following examples demonstrate the difference between forecast and safety stock using both methods. The forecast method in the left graph chases demand, trying to accurately predict what the next period’s demand should be. The safety stock method used in this example is based on comparing forecast to actual sales. The smoothed example in the right graph takes a much simpler approach by removing the noise through the forecast.

This method uses normalized history values compared to actual history values as the basis for determining safety stock. Each data point in the chart is an actual observation taken from running simulations over 12 months.

In comparing the figures 1 and 2 above, it becomes apparent that a dynamically shifting forecast, sporadic demand, and the wrong method for determining safety stock could substantially increase inventory. The observation shows an inventory build up, possibly due to the non-trivial shifts between actual sales and the forecast; whereas the smoother forecast resulted in much less safety stock when the noise was removed by using a different forecast model. As observed here, when demand becomes more variable, creating a forecast that chases demand (with the goal of being more accurate) can actually result in higher safety stock.

Some methods of forecasting may produce wild swings that are difficult to use in planning. Many organizations may have been tempted by software vendors to leverage computing power to automatically select a new forecast model each month. However, a “best-fit” technique might actually produce a more nervous and very high-strung demand signal that results in higher safety inventory than a smoothed forecast would. In the example above, for the purpose of supply planning, it would appear that a forecast that chases demand is about as useful as estimating the random movements of mice in a maze.

These forecast observations raise additional questions. How would the forecast impact supply planning? Would using a nervous demand signal to plan replenishments, create difficulty for suppliers in meeting delivery expectations on time? If the supplier was unable to increase capacity at the same time, would wildly shifting requirements result in delayed shipments?

Would planners then need to carry additional safety stock to compensate for supplier unreliability? Unfortunately, our ability to simulate all these scenarios was somewhat limited, but we were able to use the forecast and safety stock information to determine a theoretical supply plan.

In the following examples (figure 3 and 4), the same inventory positions were used as the starting position and a targeted fill rate of 98% was used for determining safety stock. Using the 12 months of forecast observations previously created, we simulated the resulting supply plan for both methods.

Using the example from above, both experienced two stock0-outs at the same time. However, inventory levels were higher in the graph on the left, and the purchases were much more erratic as well.

As the data was run in a simulation, we were unable to include any supplier performance observations; however, it’s safe to assume that filling requirements generated by the plan on the left would be much more difficult.

Predicting demand for your products can be a labour intensive task. Selecting which forecast models fit a given demand profile can require almost scientific intelligence and expertise to execute. A more organised approach could be to classify demand by its characteristics and plan inventory using logical strategies that match. This process is called Demand Classification. It has improved planning efficiency in many companies.

Demand Classification systematically and scientifically categorizes items using statistical techniques that produce intelligent demand groupings. Then, the most appropriate forecasting and planning parameters can be automatically applied. This methodology is one we use in Slimstock’s Slim4 software, which holistically considers a balanced supply plan as well as providing early warning indicators when demand changes.

The typical results are:

Every company has products they manage that are new, in life, and in decline. They can be stocked or non-stocked. Further observation may reveal demand which is seasonal, trending, high or low volume, stable or lumpy, or even fast or slow moving. In fact, the number of ways demand can be classified is extensible. Deciding which set of forecasting parameters to apply, that produce the best results, can often be perplexing.

Not all forecasts are created equal, or serve the same purpose. In operations, losses arise from inefficient production runs and the cost of transportation to make up for a shortfall in inventory. Losses can also come from having to discount or dispose of excess and obsolete inventory. Additionally, the costs of holding inventory can contribute up to 30% to operating cost.

Using the wrong forecast as the basis for safety stock and supply planning may be unnecessarily compromising your company’s performance. At Slimstock, our software is designed around the science and the art of demand classification and supply chain optimization. This is so you can expect a better plan consistently.